Inger Korflür is working since 2006 as a Senior Consultant and Project Manager for SUSTAIN CONSULT. Inger Korflür´s occupational activity primarily deals with the branches of metal working industry and mechanical engineering. Her work emphasizes on the development of industrial clusters, the moderation of collective initiatives and the consulting of companies and works councils particularly with regard to safeguards jobs and locations.

Inger Korflür graduated from the University of Dortmund in 1998 as a business graduate. Succeeding a one-year period during which she worked as a scientist at the university of Dortmund, she joined a Consulting Company in 1999 where she acted as Consultant and leaded an initiative for the machine building industry. 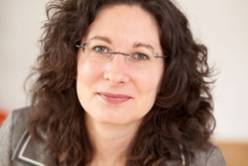